The annual mammal battle tournament will be starting after the February break. This year, two March Mammal Madness Minions and I will be managing the process. Thanks Julia and Hannah for your commitment! 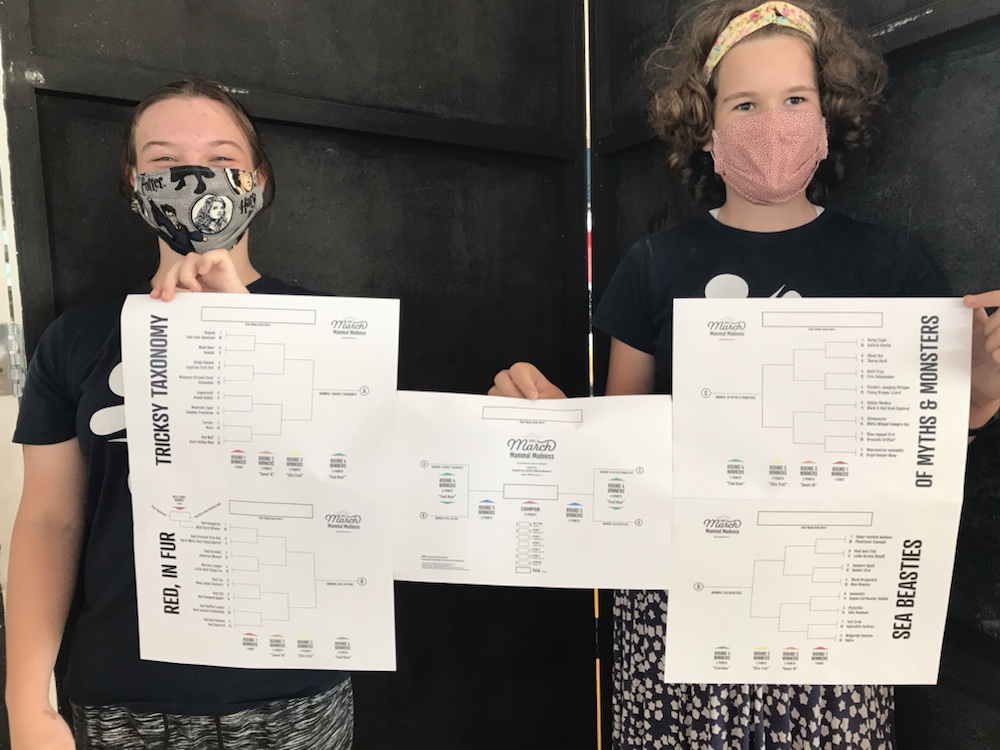 What is March Mammal Madness?

This year 65 animals species (not all are mammals) are pitted against each other in a series of paired competition with a final battle at the end of March to crown a champion. Note, these are not actual fights but competitions arranged by researchers at the University of Arizona.

Here is a video that explains the process.

Participants earn points for their correct predictions on their tournament brackets. We will be passing those out in the first week of March. Here is a link that will let you make your choice for the wildcard round.

For rounds 1-3 the “battle” occurs in the better seeded species home ecology- they have home court advantage. Rounds 4-6, the battle takes place in a randomized location announced at the start of the battle. In 2021 the randomized locations are (1) Dwarf/Elfin Forest (2) Seagrass Meadow (3) Semi-Arid Desert or (4) Freshwater Swamp Forest.

We will be posted after the results of each round of battles is announced. Here are the dates.